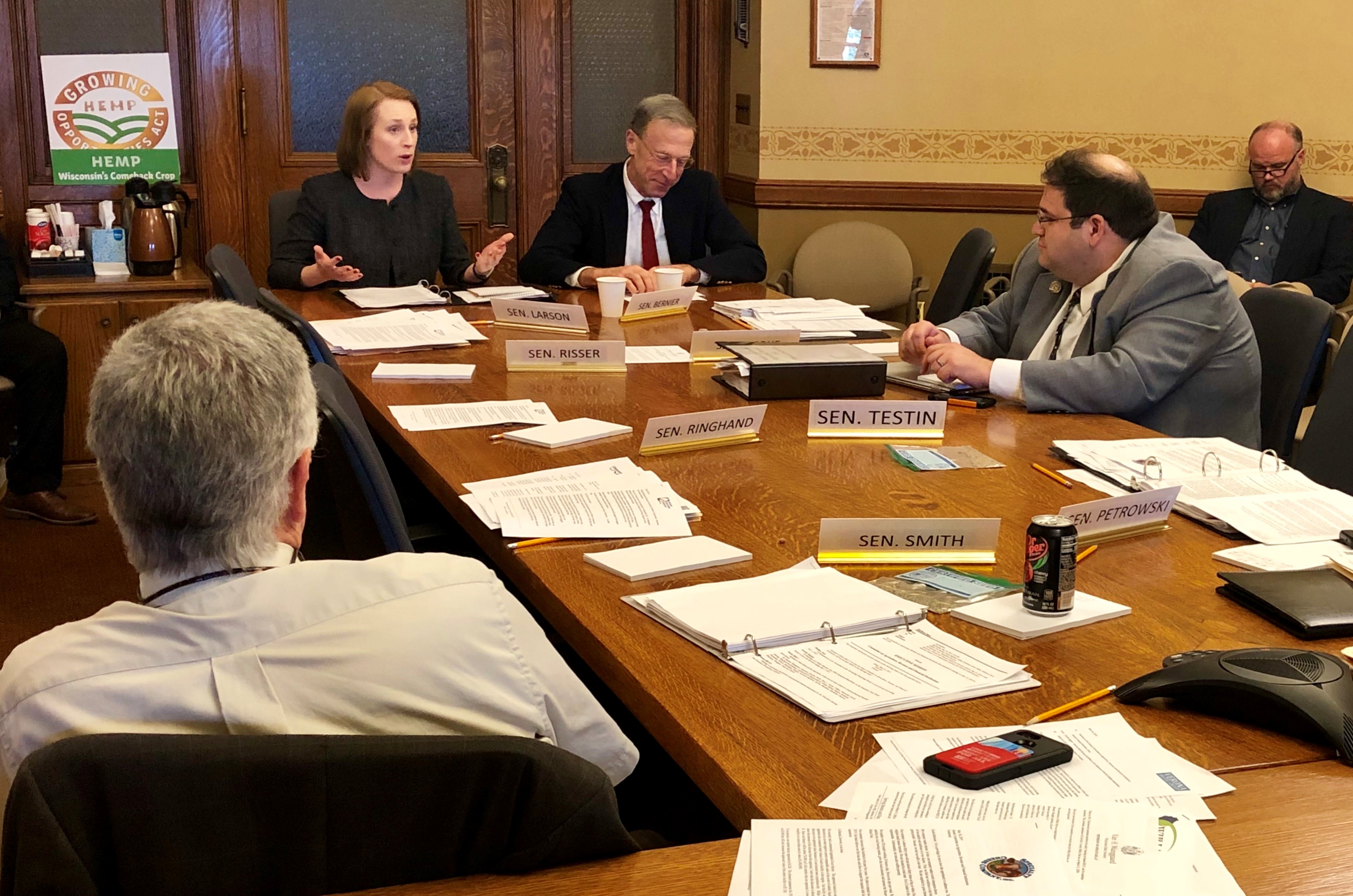 The Wisconsin Cheese Makers Association (WCMA) today applauded members of the Wisconsin State Senate for their unanimous approval of Senate Bill 219, which expands capital access for rural businesses, including cheese manufacturers and processors, a change certain to spark economic growth.  WCMA thanks Senator Howard Marklein (R-Spring Green) for authoring the legislation and shepherding it through committee to the floor, as well as co-authors Senator Janet Bewley (D-Mason), Representative Gary Tauchen (R-Bonduel), and Representative Don Vruwink (D-Milton).

“Current lending practices favor development projects in big cities, and the gap in available capital access in rural parts of the state delays some business expansions,” said John Umhoefer, WCMA Executive Director.  “Senate Bill 219 will help cheesemakers who want to operate in small towns and villages, nearby their sources of high quality, farm-fresh milk, to invest in the future of their companies, adding good-paying jobs and a dependable local tax base.”

The pilot would guarantee up to 25 percent of a loan, or $750,000, whichever is less.  The borrower is required to pay back the entirety of the loan, with a state commitment only coming into play in the event of a default.  All borrowers would be subject rigorous vetting to participate in the program.

“We are deeply grateful to Senators Marklein and Bewley for their strong support, and to the elected leaders who took action today to spark rural economic development and growth in Wisconsin’s dairy industry,” said Umhoefer.

Umhoefer noted that the concept of increased rural capital access was a key policy recommendation from the members of the Wisconsin Dairy Task Force 2.0, including Paul Scharfman, a WCMA Board Member and President of Specialty Cheese Company of Reeseville, Wisconsin, who testified in favor of SB 219 in the Senate Committee on Agriculture, Revenue, and Financial Institutions last week.

If you have questions, please contact our office at 608-286-1001 or email WCMA Business & Membership Manager Sara Schmidt.